The upcoming 48th Barum Czech Rally Zlín (24 – 26 August 2018), round 5 of the FIA European Rally Championship, will welcome a true World rally star. Spanish driver Dani Sordo, member of Hyundai Shell Mobis World Rally Team, will compete with a Hyundai i20 R5. The 35-years-old driver will move to Zlín directly from the WRC  round in Germany in order to capabilities of the Hyundai’s R5 car in competition of top ERC drivers. 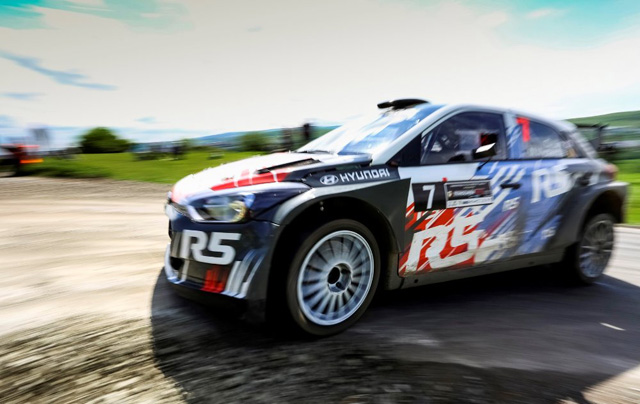 Dani Sordo was born on 2 May 1983 in Torrelavege, Spain. He started his motorsport career when he was 12, he raced in karting and motocross. His debut in rallies came in 2001, two years later he first entered the WRC event in Spain. In 2005 Sordo won the JWRC series, since the following season he has been competing with top class WRC cars. In 2013 he won the Rally Germany, in current season he achieved second place in Mexico, third place in Argentina, two times in Corsica and Portugal finished close to the podium as fourth. Dani Sordo was two times classified as third in the overall WRC standings (2008, 2009), once as fourth (2007), three times as fifth (2010, 2013, 2016) and in previous season he was classified as sixth overall. Generally he was 44 times on the finish podium. Dani has many hobbies including sport, especially cycling. His idol was Fomula 1 driver Ayrton Senna from Brazil. Dani shares his rally car with experienced co-driver Carlos del Barrio, also from Spain. 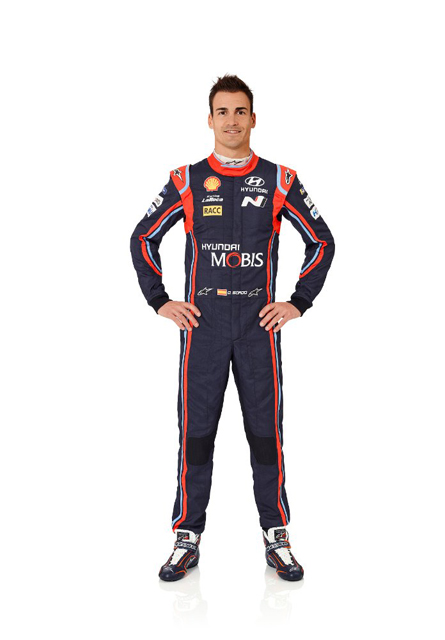 Hyundai Motorsport WRC Driver Dani Sordo: “Barum Rally Zlin is a very special event and I know it will be tough for me as I will compete there for the first time. There will be some very fast drivers that are used to race there, but we are up for the challenge and to do our best. The Hyundai i20 R5 is a good car, we saw Thierry do a good result in Ypres when he won the event in June. I personally never drove the car so I look forward to test it, get used to it and get some good speed. We will see after the test but I look forward to find a good rhythm and make a strong result.”

Hyundai Motorsport Customer Racing Deputy General Manager Andrea Adamo: “Barum Rally Zlin is a major event, in a country with a very strong rallying culture. As one of the key rounds of the FIA European Rally Championship it is one of the biggest rallies, in one of the most influential and competitive series for the R5 category. Because of this it is very important for us, as a manufacturer with a customer rallying program to be represented in the ERC, and the opportunity to have Dani Sordo in a Hyundai i20 R5 is a great chance to have another of the leading tarmac rally drivers show the capabilities of the car. We know the rally entry will be rich with local drivers and teams, but we are confident that the combination of Dani and the car can compete for the victory.”

The presence of world rally drivers in the Barum rally always makes glad also the rally organizers Miloslav Regner, the Clerk of the Course: “We often remember the strong edition 2011, when the Barum rally welcomed names like Meeke, Neuville, Mikkelsen, Breen, Andersson or Gardemeister. That was a strong field of drivers who later became today’s WRC elite and those, who were already ending their world rally careers. But Dani Sordo is an active WRC driver, he is actually one of the most experienced drivers in the World Rally Championship. He has achieved many respectable results and his driving skills make him one of the biggest favourites in the upcoming Barum rally. We are really happy to welcome him in Zlín, such a star name always makes the starting field even more glamorous. “ 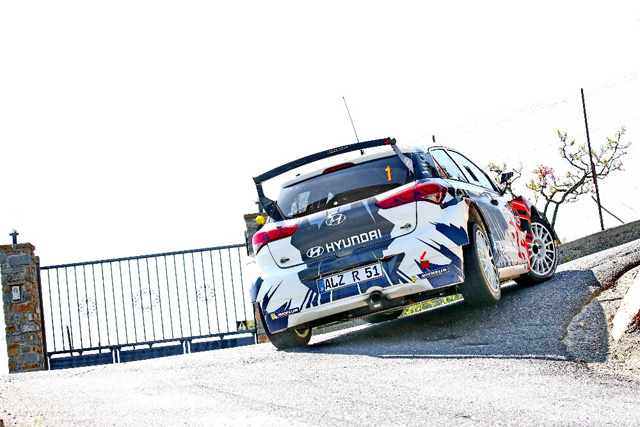