Davy Jeanney on Hansen Sport Peugeot 208 T16 RX wins as the first French man a round of the World Rallycross Championship. 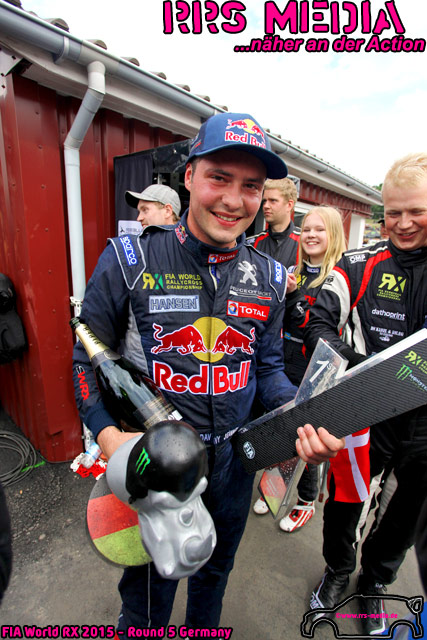 During the final head in Supercar WRX class at the Estering, he has a great start and lead the field after the first corner. In the finish he had a lead over 4,9 second before current World Champion Petter Solberg on his Citroen DS3 RX and Jeanney team mate Timmy Hansen. It was also the third round of the Supercar ERX Series, where Tommy Rustad was the winner on his VW Polo R WRX car. In the Super1600 class was starting two Czech pilot „Pavel Vimmer“ (Skoda Fabia) and „Ondrej Smetana“ (Ford Fiesta). But both of them was not in the finals. So the win goes to Ulrik Linnemann on his Peugeot 208. It was great to see in each class that there is competing a woman „Ramona Karlsson“ (Supercar), „Lise Marie Sandmo“ & „Mandie August“ (S1600) and „Magda Andersson“ & „Mandy Kasse“ (TouringCar).

It was a great event, many 1000’s of spectator visit this World Championship Round 5, where was nice weather. There was as usually many smaller and bigger accidents, where we cars was only damaged.

We did some interview with the first and only men, who has two FIA World Champion Title „Petter Solberg“. 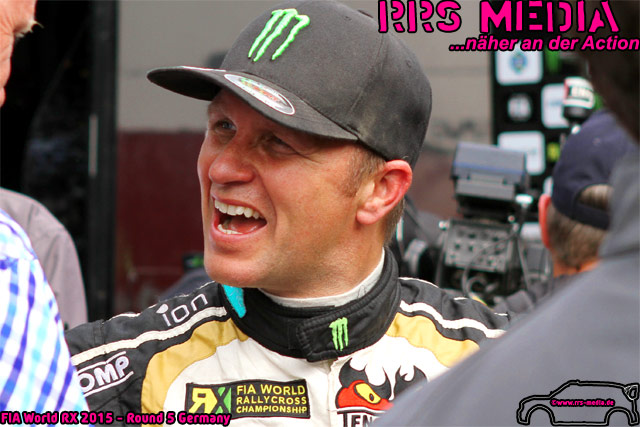 Red: How was for you the first 4 round of the World RX 2015 season?
PS: „It was fantastic, very hard, very tuff, very hard competition. Everybody has good cars, good engine, so it is not easy. You can do only push hard and do much fine tuning on the setup’s and push to the limit all time.“

Red: How do you like this track here on Estering?
PS: „Yeah, it is a fantastic track, it is tuff, the first corner is very difficult. I was leading inside the first corner now, pushed out of it and lost there over 2,5 seconds on the first lap and come 4th in this head. Not bad at all.“ 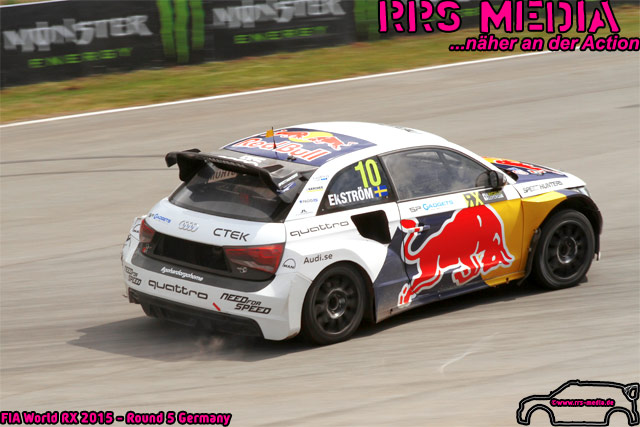 Some word now from DTM driver and WRX driver from Sweden, Mattias Ekstrom, who drive in his own team the Audi S1 quattro.

Red: How was the season to far for you in the World RX?
ME: „The first race in Portugal [Montalegre] was good, I come to the semi-final and finish forth and seventh in the point classification. 2nd round in Hockenheim I could not do it there [Editor’s note: because of the DTM event on same time]. In Belgium [Circuit Jules Tacheny] I was third in the final and then the bonnet covered the windscreen and we had to retired. Top 6 in the points. And in England [Lydden Hill] we fighting for the win and was second there with a short margin behind Petter [Solberg]. Here in Buxtehude we had not the best start on Saturday, but there is still the Sunday to come.

Red: What is your aim for tomorrow?
ME: „Drive as fast as we can. I think on our own kraft [force] we can’t reach the semi-finals, but at least we can do some good races and enjoy the day.“

Red: How you get the idea to make your own Rallycross Team next to your driving by the DTM [Deutsche Tourenwagen Meisterschaft]?
ME: „It is a really finest sport. And as a kid I was there involved with my dad [who was a rallycross driver] and I really liked it. At the moment I see that this sport as a great potential and we will see what it makes in the future.“